Trump Fires Back At Kamala After VP Blamed Him For Border: “Went to the border yesterday for the one simple reason because I announced that I was going” 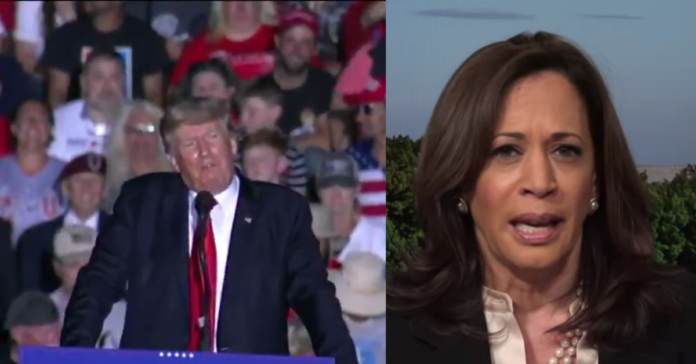 Trump went after the media and Joe Biden but had more than enough time to mock Vice President Kamala Harris for finally taking a trip to the border and then having the gall to try to blame him for the crisis. He said: “Kamala Harris, your Vice President, only went to the border yesterday for the one simple reason, because I announced that I was going. If I didn’t do that I don’t know if she was ever gonna go.”

“This administration does not take their cues from Republican criticism, nor from the former President of the United States of America,” top Harris aide Symone Sanders told reporters denying Trump’s claim. “We have said, over a number of different occasions … that she would go to the border. She has been before. She would go again. She would go when it was appropriate, when it made sense.”

Trump went after Biden last night as well. he said: “After five months, the Biden Administration is a complete and total disaster. Nobody’s ever seen anything like it. Our poor borders. They were so perfect, they were so good.

“Drug cartels and human traffickers are back in business like they’ve never been before. They’re doing numbers that they’ve never even thought possible.

“Immediately upon taking office, Joe Biden deliberately and systemically dismantled America’s border defenses and incited a flood of illegal migrants like this country has never seen.

“They violated our laws from every single corner of the globe.

“We gave the new administration the most secure southern border our country had ever seen.”

Trump also took to task the media in our country. He said:

“They are fake. They are so fake and so pathetic.

“And there are so many of them up there.

“So many of them. And they’re hurting our country very badly.