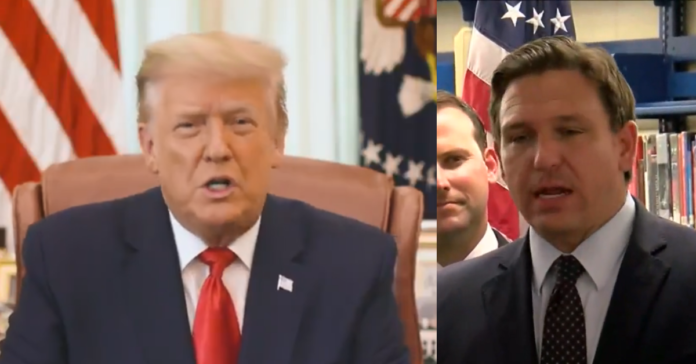 Former President Donald Trump just announced a new rally to be held in Florida on July 3. The rally will be Trump’s second and will include multiple speakers and a fireworks show. Unlike traditional Trump rallies, there will be family-friendly festivities that will kick off with a “45 Fest” party with live music and special guest speakers at 2:00 p.m. EST.

Trump’s Save America PAC announced the move saying this would be the second of four planned campaign-style rallies. The July 3 event will be in Sarasota, Fla., followed by a fireworks show. There will be other speakers and live music throughout the day with Trump headlining the event.

“This Save America rally is co-sponsored by the Republican Party of Florida and marks President Trump’s further support of the MAGA agenda and accomplishments of his administration.

9:00PM – Fireworks show brought to you by the Republican Party of Florida and Sky King Fireworks