Ted Cruz Calls Biden’s WH Staff Comedians: ‘For Them To Say GOP Wants To Defund Police Is Like Saying Dems Want To Build A Wall’ 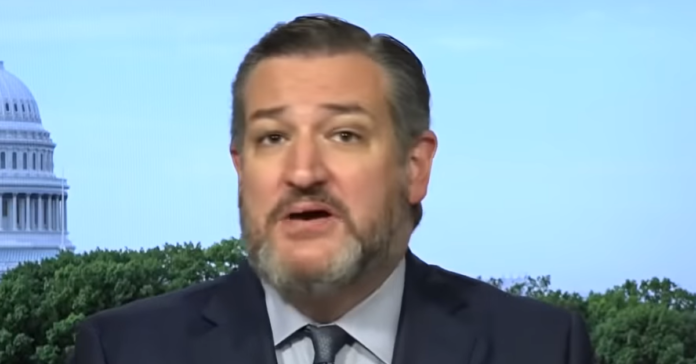 Texas Republican Sen. Ted Cruz called out Cedric Richmond and other Democrats for trying to claim that Republicans are defunding the police. Cruz said: “I have to say it is remarkable that the White House is now apparently employing comedians.

“For them to run out and claim Republicans want to defund the police is like an arsonist showing up at the fire and blaming the firemen. That is like the Chinese blaming the Americans for the Wuhan virus. That is like O.J. saying he’s going to help find the real killer. That is like Democrats saying they are the ones that want to build the wall. It is absurd.

“It is ridiculous and they know it, but you know what, they’re also counting on the media all encircling Joe Biden in saying ‘poor uncle Joe, he doesn’t want to abolish the police.’ The last time Bill de Blasio, the Democratic mayor of New York campaigned on defunding the police, cut a billion dollars from the NYPD.

“Look the Democrats understand they are in trouble. Abolishing the police is stupid. The American people know that.

“By the way, African-Americans and Hispanics overwhelmingly oppose abolishing the police. Suddenly, these rich, White liberals who said let them be without the police… are realizing, oh, no, this is unpopular and so they are trying to claim these are not what you are looking for and ever supported it.

“It is absurd, it is ridiculous.”

Big tech is silencing Republican voices but we are here to help keep you informed by hunting down real news and sharing it with you. If you like the content we share please feel free to subscribe to our newsletter, this story was shared from MAGAconservatives.