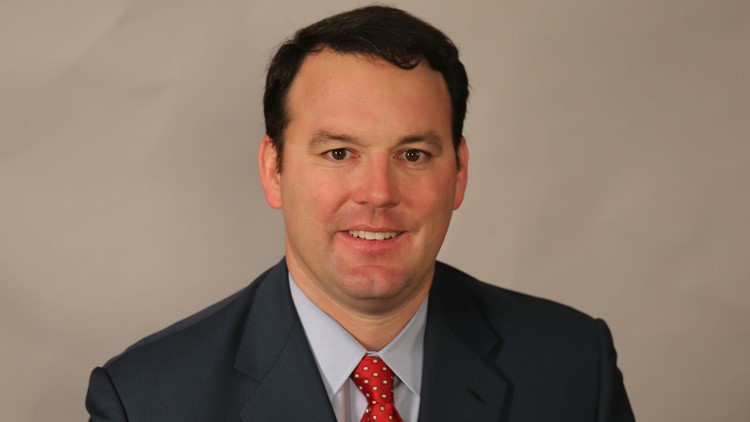 ATLANTA — State Sen. Burt Jones, who was an ardent backer of former President Donald Trump's efforts to overturn the election in Georgia last winter, is running for lieutenant governor

According to state campaign finance records, Jones registered his campaign on Friday.

The 42-year-old University of Georgia graduate, who spent time as a member of the Bulldogs football team, represents the 25th District in the Georgia Senate, covering all or parts of Walton, Greene, Morgan, Putnam, Jasper, Butts, Jones, and Baldwin counties, as well as a small sliver of Bibb County.

The Republican is based out of Jackson, in Butts County.

Jones was one of the more visible state leaders to endorse Trump's efforts to discredit the Georgia election result, alleging widespread fraud that was vehemently denied by state Republican leadership and never substantiated.

He joined a legal filing to support the state of Texas, when it sought the Supreme Court's intervention in Georgia casting its Electoral College votes. The Court declined to hear that suit, effectively rejecting it.

Jones later lost his chairmanship of the Senate Insurance and Labor Committees, after a failed challenge for the chamber's Republican leadership position that would have made him the Senate president pro tem.

When Miller announced his candidacy, Trump released a statement to announce he would not endorse him - though Miller had not sought his endorsement - "because of his refusal to work with other Republican Senators on voter fraud and irregularities in the State."

By contrast in January, Jones spoke to 11Alive's Doug Richards and remained steadfast about his support of the president's campaign to assert fraud in Georgia, even after the riots at the U.S. Capitol on Jan. 6.

"He didn’t storm the Capitol himself. He didn’t lead the charge," Jones said.  "I support the president. I appreciate him for his service and wish him the best in the future."

With current Lt. Gov. Geoff Duncan, a Republican, declaring he will not seek re-election, the race is expected to draw a wide field. In addition to Miller, Savannah conservative activist and strategist Jeanne Seaver has announced her intention to run.

On the Democratic side, former Georgia Gov. Zell Miller's grandson Bryan Miller is running, as is state Rep. Derrick Jackson, of Atlanta, and state Rep. Erick Allen, of Smyrna.

Big tech is silencing Republican voices but we are here to help keep you informed by hunting down real news and sharing it with you. If you like the content we share please feel free to subscribe to our newsletter, this article was shared from 11Alive