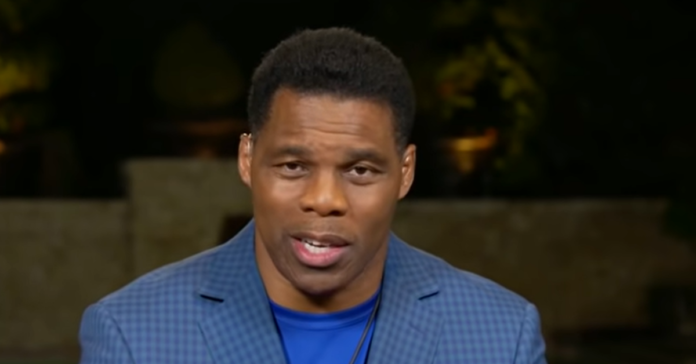 Ex-University of Georgia star running back Herschel Walker has filed his paperwork to be a candidate for the U.S. Senate in Georgia. Walker, a Trump-backed candidate, did not make Democratic U.S. Sen. Raphael Warnock’s day with the move.

Walker is beloved in Georgia across the political spectrum. He is also not a politician. Biden’s numbers are in the tank. Warnock barely won the last race in what many considered an upset. It is a red wave year based on history.

“If you hear me talking for a while, you hear me bring up my dad. I had an older father, he was born in 1917,” Warnock said of Walker’s potential candidacy last week. “He told me if somebody hires you to do a job, do the job they hired you to do. So right now I’m focused on doing the job.”

The 59-year-old Walker faces other significant hurdles that have little to do with his past.

The first-time candidate must win over activists, woo donors and hone policies under a harsh spotlight in one of the nation’s most closely watched contests, a top target for Republicans seeking to take back control of the Senate.

He must also navigate a thorny reception from the GOP establishment. A number of high-profile Republicans in Georgia and Washington have been critical of Walker, and some have urged him not to run.

Black quickly picked up endorsements from former Gov. Nathan Deal and dozens of county sheriffs after he launched his campaign in early June. And Senate GOP Leader Mitch McConnell has privately encouraged Loeffler and former U.S. Sen. David Perdue to consider comeback attempts. While Perdue has ruled out another run, Loeffler has yet to decide.

In his limited public remarks, Walker has brushed aside the negative media attention and maintained he wouldn’t be swayed by pressure to stay out of the race.

Days after registering to vote in GA, Herschel Walker has filed to run for the Senate against Raphael Warnock. pic.twitter.com/45XjbMxPMG

Big tech is silencing Republican voices but we are here to help keep you informed by hunting down real news and sharing it with you. If you like the content we share please feel free to subscribe to our newsletter, this article was shared MAGAConservatives.