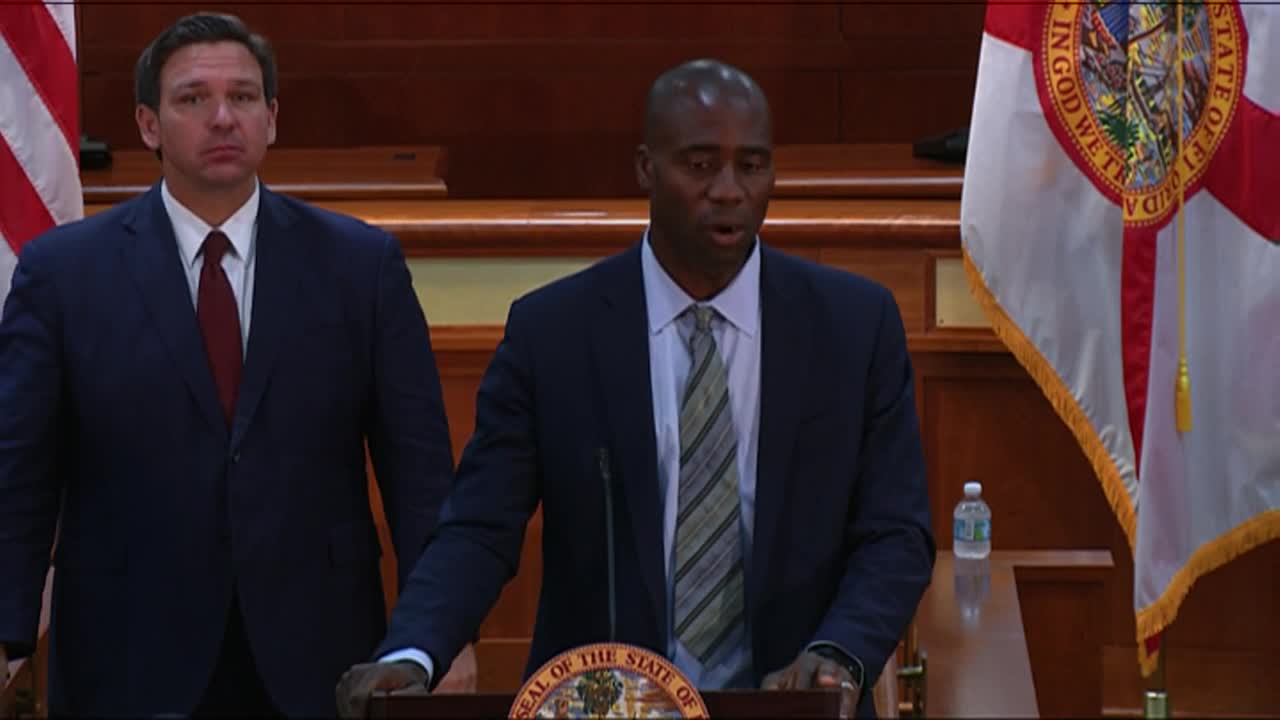 The new surgeon general of Florida said today that his public health strategy is to "reject fear."

Governor Ron DeSantis (R) announced who he is appointing as the new surgeon general of Florida on Tuesday, and thankfully, he chose a Harvard-educated doctor who is against mask mandates and for individual rights.

Dr. Joseph Ladapo, a UCLA researcher who has expressed skepticism that vaccines could help end the pandemic, said today that his public health strategy is to “reject fear.

“Florida will completely reject fear as a way of making policies,” Ladapo said, according to The Miami Herald. “That’s been something that’s been, unfortunately, a centerpiece of health policies.”

Ladapo went on to say that he plans to play a more prominent role than his predecessor, Dr. Scott Rivkees, a pediatrician who was noticeably absent from public appearances over the past few months.

Ladapo rose to fame during the COVID-19 pandemic by penning op-eds for The Wall Street Journal in which he challenged claims made by national health experts. When asked today if people should fear the COVID-19 vaccine, Ladapo replied by saying that there is a “climate of mistrust” in the public about the way the nation has responded to the coronavirus pandemic.

“That was a direct result of scientists, my colleagues, some of them, taking the science and basically misrepresenting it to fit their agendas,” Ladapo said. “This idea that people don’t get to make their own decisions on issues of health is wrong and it’s not something that we’re going to be about.”

Not stopping there, Ladapo went on to add that far too much emphasis has been placed on promoting vaccines.

“The state should be promoting good health, and vaccination isn’t the only path for that,” Ladapo said. “It’s been treated almost like a religion, and that’s just senseless.”

He added that Florida should be promoting many measures for good health, including  “vaccination, losing weight, exercising more [and] eating more fruits and vegetables.”

DeSantis then said that in Ladapo, the people of Florida are getting a top-notch doctor who will actually tell them the truth about the science regarding COVID-19.

“Telling the truth is important, and I think that’s what Dr. Ladapo understands,” he said. “You’ve got to tell people the truth, and you’ve got to let them make decisions.”

In one piece published by The Wall Street Journal back in June, Ladapo and a co-author took a strong stance against vaccines for young people and those who have already recovered from COVID-19.

“The risks of a COVID-19 vaccine may outweigh the benefits for certain low-risk populations, such as children, young adults and people who have recovered from COVID-19,” their column read.
In appointing Ladapo, DeSantis is showing once again that he is handling this pandemic better than the vast majority of governors across the United States. Assuming that Ladapo is confirmed by Florida’s Republican-controlled senate, the resident of that state will be lucky to have him as their surgeon general.

Big tech is silencing Republican voices but we are here to help keep you informed by hunting down real news and sharing it with you. If you like the content we share please feel free to subscribe to our newsletter, this article was shared from RVM